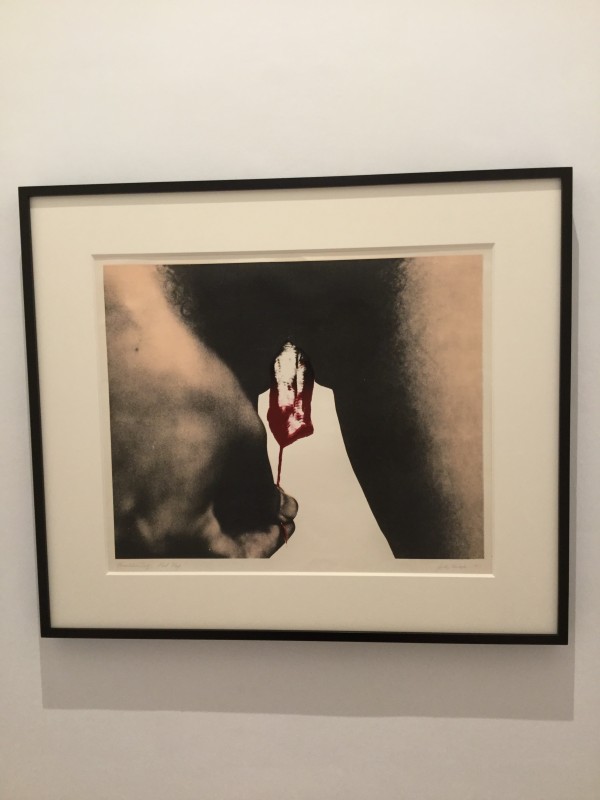 This is the second part of a show which focuses primarily on the physicality of maternal bodies. It comprises a selection of work which varies widely in almost every sense, not least in terms of its aesthetic appeal.

Aimee Gilmore’s Milkscape (Column) 2016 (image 2) has been made by suspending breast milk in other media and spreading the mixture in  gentle cloud like puffs across an expanse of hanging cloth. In contrast Judy Chicago’s  well known Red Flag 1971 (image 1) is still discomfiting. The bloody tampon is being pulled out by its string  in much the same way as a hand grenade is detonated by the removal of its pin.

Kirsten Justesen shows a repeated image of the archaic pregnant torso of a  venerated fertility goddess.  Each image is stamped with the words ‘Pussy Power; 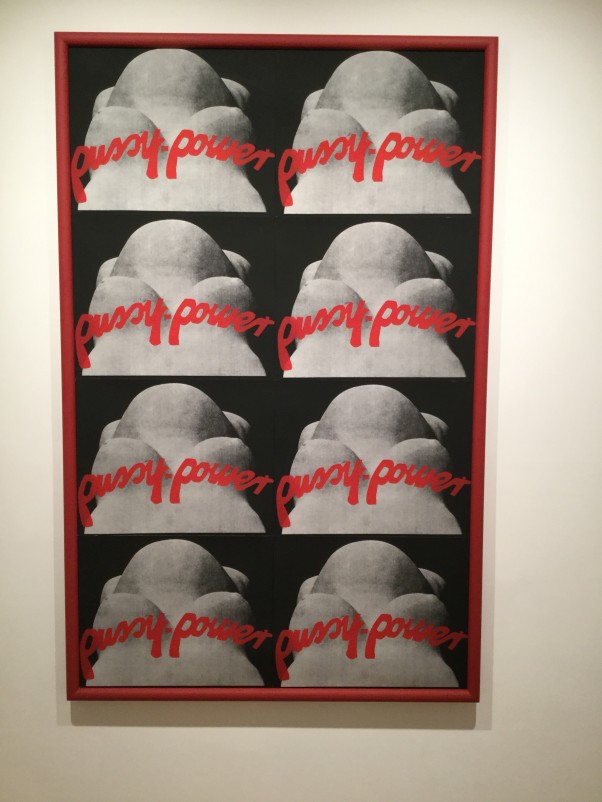 Do we find this amusing or unpleasant? Similarly  equivocal in terms of the attitude displayed towards pregnancy are the photographs of her with casts of her pregnant torso. Some of these are notably tranquil but others are dominated by her mask like makeup and belligerent expression.

The considerable stature of Helen Chadwick was enhanced by her series of Viral Landscapes, made near the end of her short life. They consist of enlarged photographs of the cells of her body which have been combined with shots of wild coastal landscapes. As always, her technique is flawless.

All of the work is interesting and I have only touched on a fraction. This is the last in a series  of shows dedicated to female artists. I for one have enjoyed them all and will miss them.