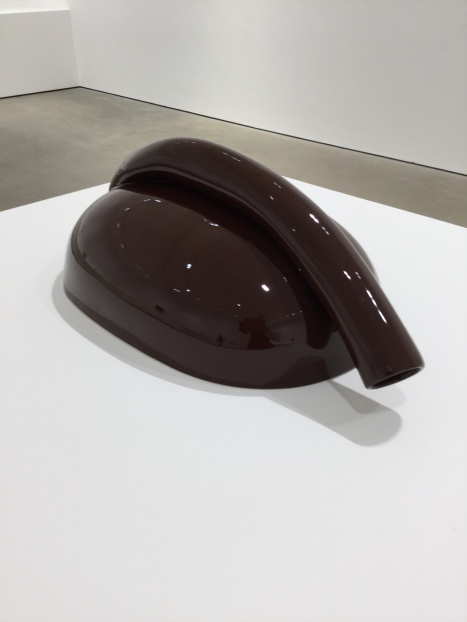 Nicholas Deshayes (born 1983) is an interesting artist. His work references bathroom fittings such as urinals but not for human beings.  We can see at once that they are the polar opposite of Duchamp’s Fountain. The shapes are invented and strange and only refer to the real world in oblique ways. 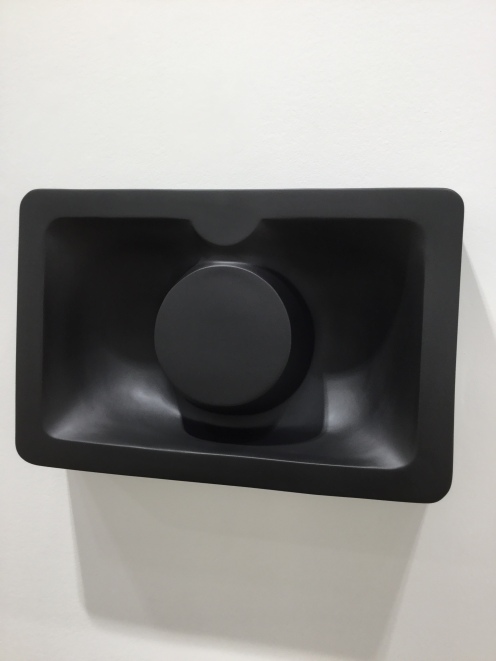 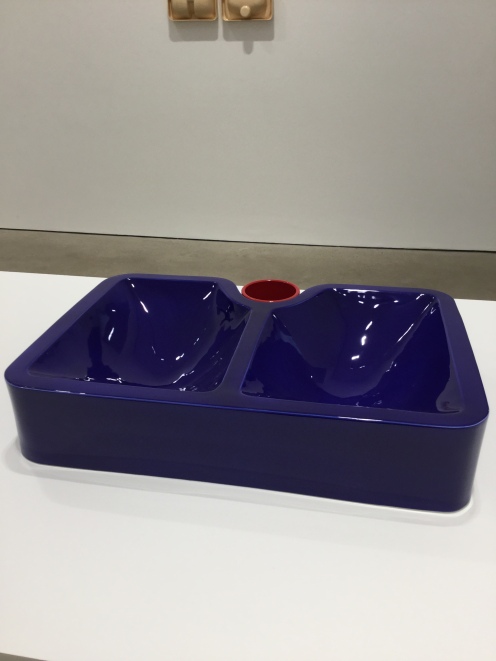 They are shiny and hard and look almost industrially produced and it comes as a surprise to discover that it is all glazed slip cast earthenware. They are abstract but detailed in ways which are certainly not minimalist. Nothing has an utilitarian function: pipes are truncated and lead nowhere, two equal curved depressions make no sense as any kind of vessel.

What makes them so intriguing is that they are also unmistakeably about the body. A black basin drapes with a curving pipe makes one think of bowels.. A pair of buttock shapes differ only in their cleavage: one is rectangular and the other a wedge. But a breast with nipple could be pressed neatly into the mirror depression of the adjoining plaque. 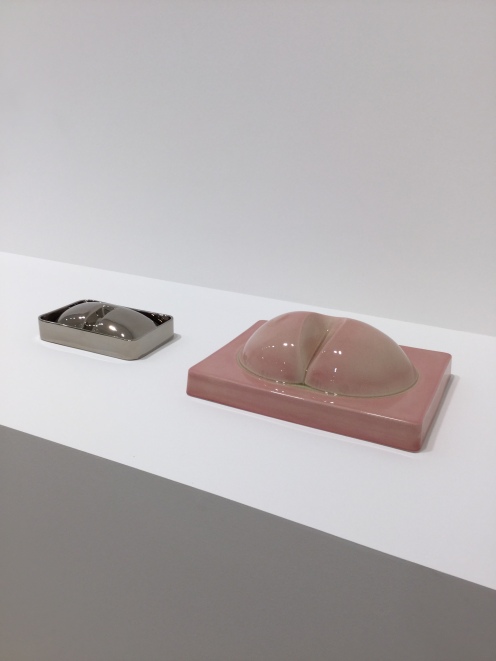 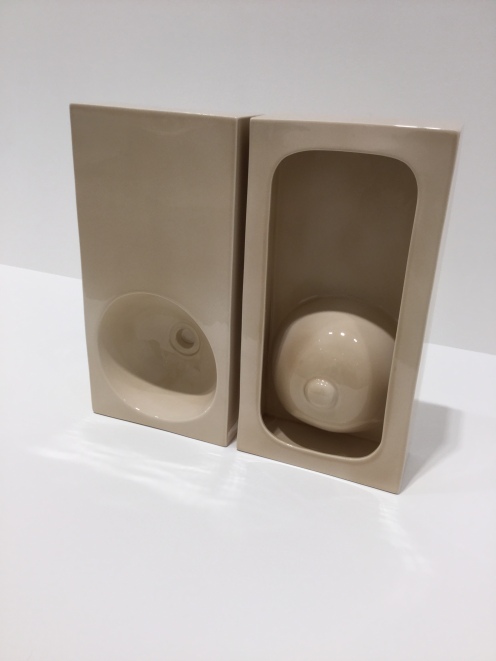 Everything is weirdly skewed and the effect is disquieting. Not to everybody’s taste, perhaps, but I thought it was brilliant. I wonder if you agree? 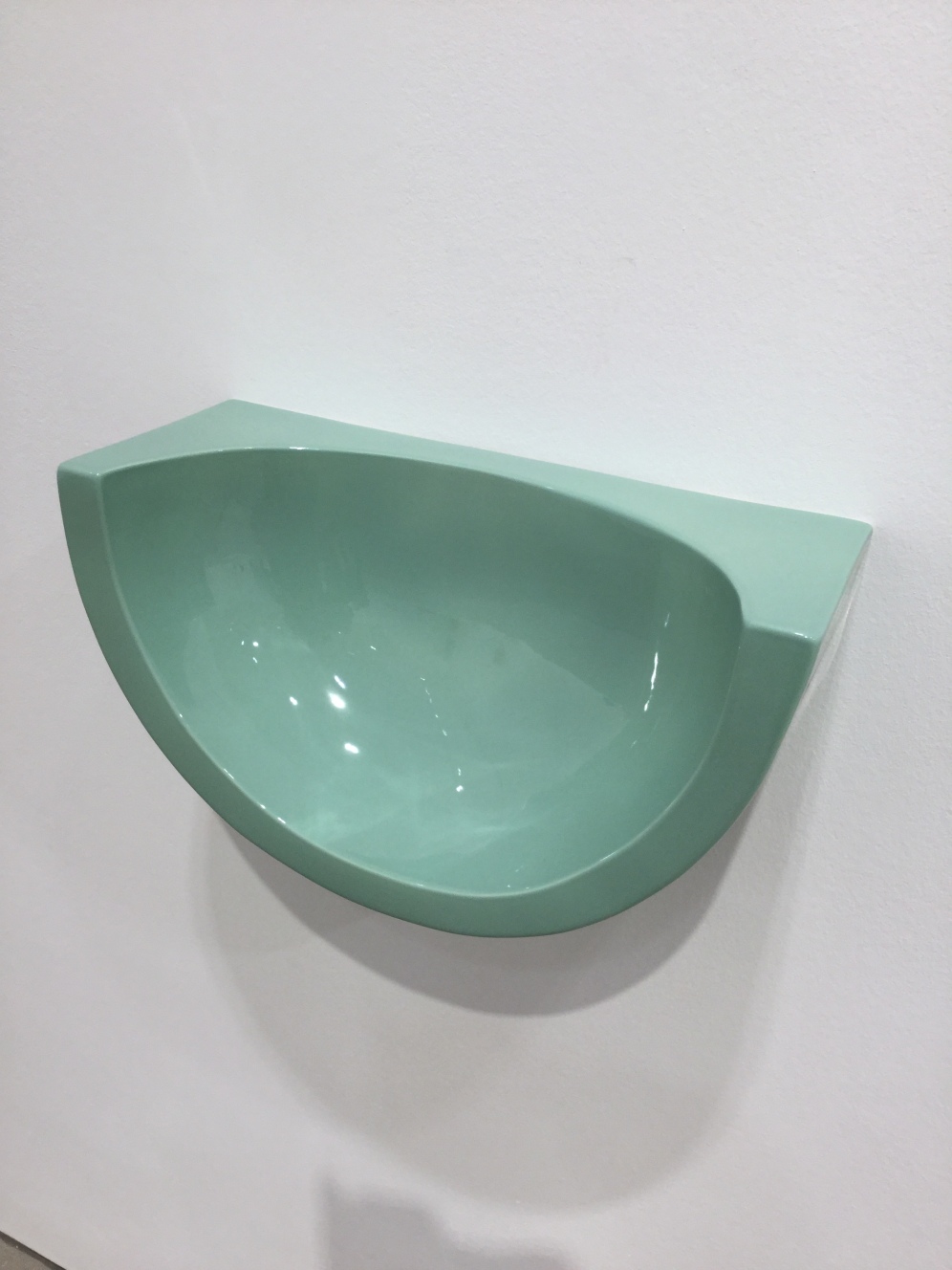